Belize is located in north-eastern Central America, bordering to Mexico in the north and to Guatemala in the west and south. Belize’s coastline towards the Caribbean Sea is over 385 kilometers long.

Belize was once known as British Honduras, and English is still the official language here. It became an independent nation in 1981, but remains a part of the Commonwealth with Queen Elizabeth II as its monarch and head of state. Roughly half of Belize’s population is bilingual, speaking both English (or Belizean Kriol) and Spanish.

Belize has the lowest population de 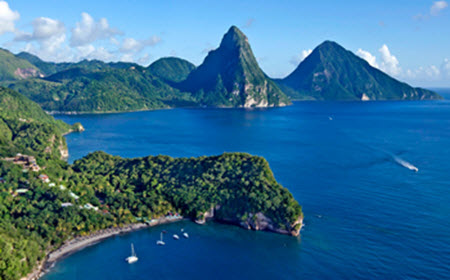 nsity in Central America and only 20% of the nation’s total land area is used for agriculture or human settlements. Roughly 60% of the country is covered by forests, while the remaining 20% is largely made up by savanna, scrublands and wetlands (including mangrove).

One of the most famous natural reserves in Belize is the 400 km2 Cockscomb Basin Wildlife Sanctuary in south-central Belize, established in 1990 and home to many jaguars. Belize is also famous for the Belize Barrier Reef, which is partly protected as a marine park. The Belize Barrier Reef, a UNESCO-recognized World Heritage Site, is located roughly 300 metres offshore in the north and a mere 40 km offshore in the south. In 2010, Belize became the first country in the world to completely outlaw bottom trawling.

In 2015, Belize had 34 reported murders per 100,000 inhabitants. This is a high number from a global perspective, but lower than for nearby Guatemala, Honduras and El Salvador.

Many of the murders were the result of gang warfare, which is especially prevalent in the southern part of Belize City. The district that contains Belize City has a higher murder rate than the other districts throughout the country.

The Belize dollar (BZD) is pegged to the USD at 2 BZD = 1 USD. Many vendors in Belize readily accepts both BZD and USD.

Compared to the other Central American nations, Belize doesn’t have any large cities. The most populated city is Belize City, and in the 2010 census it was home to less than 60,000 people. In the same census, the total population of the country was less than 325,000 people. The population estimation for the year 2015 is right below 370,000 people.

With a population of 19,458 (2015 estimate), Belmopan is the smallest capital city in the continental Americas – but still the third largest settlement in Belize. It is also one of the youngest capital cities in the world, constructed after Hurricane Hattie smashed Belize in 1961 and nearly destroyed Belize City. Belmopan was founded as a planned community and the government moved here in 1970. The site selected for Belmopan is 76 meters above sea level, 80 km inland from Belize City, just east of the Belize River. Since Belmopan is 80 km from the Caribbean Sea, it is less vulnerable to hurricanes and rising sea levels than the port-town Belize City.

Belize is located south of Mexico and borders Guatemala to the west and south. The Belize has a long (385+ km) coast towards the Caribbean Sea, while being is the only Central American nation with no coast at all towards the Pacific Ocean.

Belize is shaped like a rectangle and somewhat larger than El Salvador. The two rivers Hondo and Sarstoon flow along much of the northern and southern border, respectively. The highest point in Belize is Doyle’s Delight, 1,124 metres above sea level.

Northern Belize have a lot of flat coastal plain areas and plenty of forest. In the south, we find a low mountain range called the Maya Mountains. The Caribbean coast lands of Belize are characterized by marshy areas and lagoons.

According to data from CATHALAC, NASA and Belize authorities, Belize’s forest cover was over 75 percent in the late 1980 and slightly below 63 percent in 2010. A majority of the lost forest was located outside legally declared protected areas.

Belize has a tropical climate with a dry season and a rainy season. The difference between rainy season and dry season is greatest in northern and central Belize, areas which receive very little rain between January and the start of the rainy season in April or May. In the south, the dry season is less severe and typically only lasts from February to April, with another brief dry period occurring in July or August. With an average annual rainfall of over 4,500 millimetres, the southernmost part of Belize is considerably wetter than the rest of the country. In northern and western Belize, the average annual rainfall is just 1,350 mm.

The main temperatures in Belize vary depending on elevation and distance to the Caribbean. The northeastern trade winds are an important influence for the Belize climate.

Belize is vulnerable to hurricanes. The hurricane season runs from June to mid-November. Historically, most of the hurricanes that have hit Belize have done so in August, September or October.