Welcome to Alfa Travel Guide.  Your guide to travel in Central America.

Central America is a popular tourist destination for travelers from all over the world and contains everything from the remains of ancient civilizations and colonial towns to modern beach resorts and the second largest rain forest in the Americas.

On this site, you will find information about the following Central American countries:

All of them are located on the seismically active isthmus that connects North America with South America. Central America is bordered by the Pacific Ocean to the west and the Caribbean Sea to the east, and the narrowness of the isthmus makes it not just possible but pretty easy to go swimming in the Caribbean in the morning and hit the Pacific waves before the day is over.

Central America has several active geological faults and is subjected to a great deal of seismic activity, including large and destructive earthquakes that sometimes triggers tsunamis.

Most – but not all – of Central America rests on top of the Caribbean Plate, a tectonic plate that converges with the Cocos Plate, the Nazca Plate and the North A 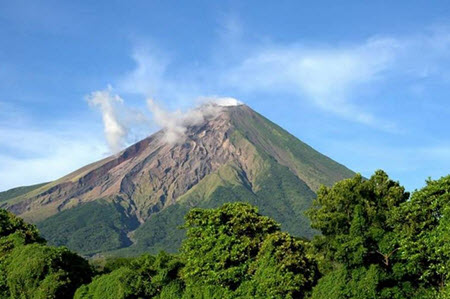 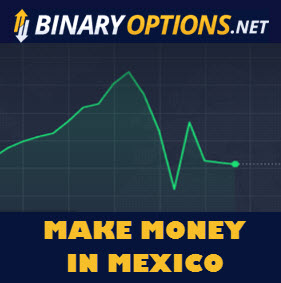 The Central American Volcanic Arc (CAVA) is a chain of volcanoes running parallel to the Pacific Coast from Panama in the south to Guatemala in the north. Panama, Costa Rica, Nicaragua, El Salvador, Honduras, and Guatemala all have volcanoes that belong to the CAVA. Many of them are popular tourist destinations, with a varying degree of accessibility and safety. The Masaya volcano in Nicaragua does for instance have a well-maintain car road running all the way up to the crater’s rim, but this volcano is also a very active one and is sometimes too active to visit in a reasonably safe manner. The Cerro Negro volcanoe, also in Nicaragua, is considerably more cumbersome to summit since there are no roads and visitors must hike up through barren lands in oppressive heat. Despite this, it is a popular tourist destination due to its suitability for the adventure sport volcano boarding.

CAVA is the symptom of an active subduction zone along the western boundary of the Caribbean Plate – a subduction that has caused the creation of hundreds of volcanic formations, raging from huge stratovolcanoes to small cinder cones and lava domes. The CAVA volcanoes with the highest summits are Tajumulco (elevation: 4,220 m) and Tacaná (elevation: 4,067 m) in Guatemala.

Gambling is legal in most of Central America.  You can find casinos in large cities.  Many casinos are small and not very good.  You will often get a better experince if you chose to gamble in an online casino instead.  The odds will also be better in an oline casino. An added benefit is that many online casinos give you a bonus when you start trading.  I personally recommend that you try Leovegas casino. Find the latest LeoVegas casino bonus.

In Pre-Columbian times, Central America was inhabited by the indigenous peoples of Mesoamerica to the north and west and the Isthmo-Colombian peoples to the south and east. Soon after Christopher Columbus’s fourth journey to the Americas, Spanish colonization of Central America commenced. As a result of this, Spanish is the official language in all the seven Central American countries – except for Belize where the official language is English. Belize did not become independent from Great Britain until 1981, and the British regent is still Belize’s head of state.